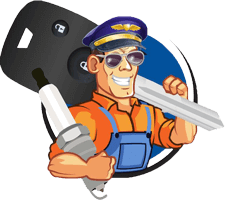 We have the best automotive locksmiths in Brooklyn NY.

Why do you need a car key replacement anyhow? Nothing beats that moment when you get your driver’s license and car keys are handed to you. A significant amount of responsibility comes with it, especially when you drive in the streets of Brooklyn and New York City. There are many ways that you can lose your car keys in the city that never sleeps, and the first thing we normally do is a search on Google for an “automotive locksmith near me” or even “car key replacement near me.” Thankfully, Locksmith Jet is a Brooklyn-based locksmith service that can assist you if you are locked out of your car or lost your car keys with a 24/7 emergency service and fast response times.

Car keys are advancing every year and are not just the carved piece of metal they used to be 30 years ago. These days we deal with all types of new smart keys, transponder keys, and keyless remote systems, which make it tougher for burglars to steal your vehicle but, on the same note, require a professional car locksmith in Brooklyn to duplicate the key with precise accuracy. Once the key cutting process has been completed, the locksmith will need to pair it with your vehicle by car key programming through a specific locksmith software and the VIN of your vehicle. Car key replacement Brooklyn is what we do every day.

Key ignition systems are becoming more and more common in new cars, which doesn’t allow any key shop to make copies. Although car manufacturers would typically refer you to the dealership for duplicating your laser cut keys or even replacing them, you will discover that it’s the most expensive route to choose from. As a certified and licensed locksmith in Brooklyn, Locksmith Jet guarantees a much lower price on any make and model car key replacement when compared to car dealerships.

This digital era brings an innovative and modern look to our smart keys packed with advanced technology that protects our cars from theft.

Why is it called Smart Key?

A smart key can communicate with the vehicle through radio waves generated by a radio pulse in the key. It allows you to lock and unlock your car even when the key fob is in your pocket. Some smart keys even have the capability of activating the ignition without inserting a key into the ignition switch hence was born the definition “push to start” button.  It will also not allow you to lock your car if left inside the vehicle.

There are many auto brands and other names that describe the types of smart keys in the market these days so we will break it down by their origin for you.

We have been receiving many questions in the past few months regarding transponder keys and how is it possible to get a copy. Some car owners contact their dealership for remote keys copied but they end up paying a lot more versus contacting a local locksmith in Brooklyn.

What is a Transponder Key?

The majority of cars manufactured for the last 20 years obtain transponder keys for better security measures and anti-theft. Remote keys can also be used for garage doors, gates, and homes as keyless entry systems. A transponder device uses microchips to transmit a low-frequency signal from the key to a remote receiver. Once the remote receiver detects the serial number that the manufacturer programmed, it’s able to lock and unlock as well as open and close. With a similarity to key fobs, transponder keys can mostly be found in car locks or home security systems. They are also found in garage doors and gates.

As to transponder car keys, once you insert the key to the ignition switch, a signal will be sent to the receiver, which is located next to the ignition. If there is a match between the digital serial number in the actual transponder key to that program in the car, the car will start once you turn the key.

The Reason That Transponder Keys Are More Secure

There are two reasons that transponder keys are more secure than standard mechanical car keys.

Where can I get a Transponder key copy?

The answer is Locksmith Jet! Whether you have lost your transponder key, if your transponder key is not working, or even if it was stolen. Call us for a replacement key today as your trusted locksmith in Brooklyn. Our mobile locksmiths can also have your new key programmed within minutes with the same technology that car dealerships have to program and replace new car keys but for half of the price.

Can You Program Transponder Key Without Original?

A traditional key is mostly found on older cars and does not have encoding. All it requires is a regular key blank and a car key cutting machine. Our local locksmith in Brooklyn can assist you right next to where your car is parked so you don’t have to go to a key shop for this service.

This key is made specifically for valet parking which is quite common in New York City. It allows the valet intended to unlock the door, start the car, and lock it after it is parked. It does not allow to open the glove box or the trunk of the car.

Most common in German cars like Volkswagen and similar to the switchable knife, the key actually folds “flips” into the key fob by clicking on a button. It can also pop up once you click on the same button protecting the integrity of the key when not used.

Similar to a traditional  car key, the master key also belongs to the past. Car manufacturers equipped cars with a master key for the simple purpose of replacement and to make copies of car keys. Since master keys were awfully expensive to replace, we would not use them on a daily base but store them for emergency situations only. If you lost your master car key at a certain point of time, you would end up replacing the entire engine management system and that would cost thousands of dollars. Thankfully, new cars do not come with a master key and are mostly found in older used cars.

As a Locksmith in Brooklyn, we can assist you with any type of car key you have with our car locksmith service day or night. If this is an emergency and you are locked out of your car, call us immediately!

All Car Key Replacements in NYC

Locksmith Jet is family owned and operated business located in Brooklyn and Queens NY. We are proud to lead the lock and key industry. Our clients are our family. We care and we will do more just to see another happy customer.